Trap is the first mini album by Henry, released on June 7, 2013. The song "Trap", featuring Kyuhyun from Super Junior and Taemin from SHINee, was used to promote the album. 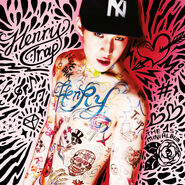 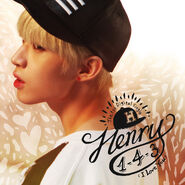 Henry for Trap
Add a photo to this gallery

Retrieved from "https://superjunior.fandom.com/wiki/Trap_(album)?oldid=4922"
Community content is available under CC-BY-SA unless otherwise noted.